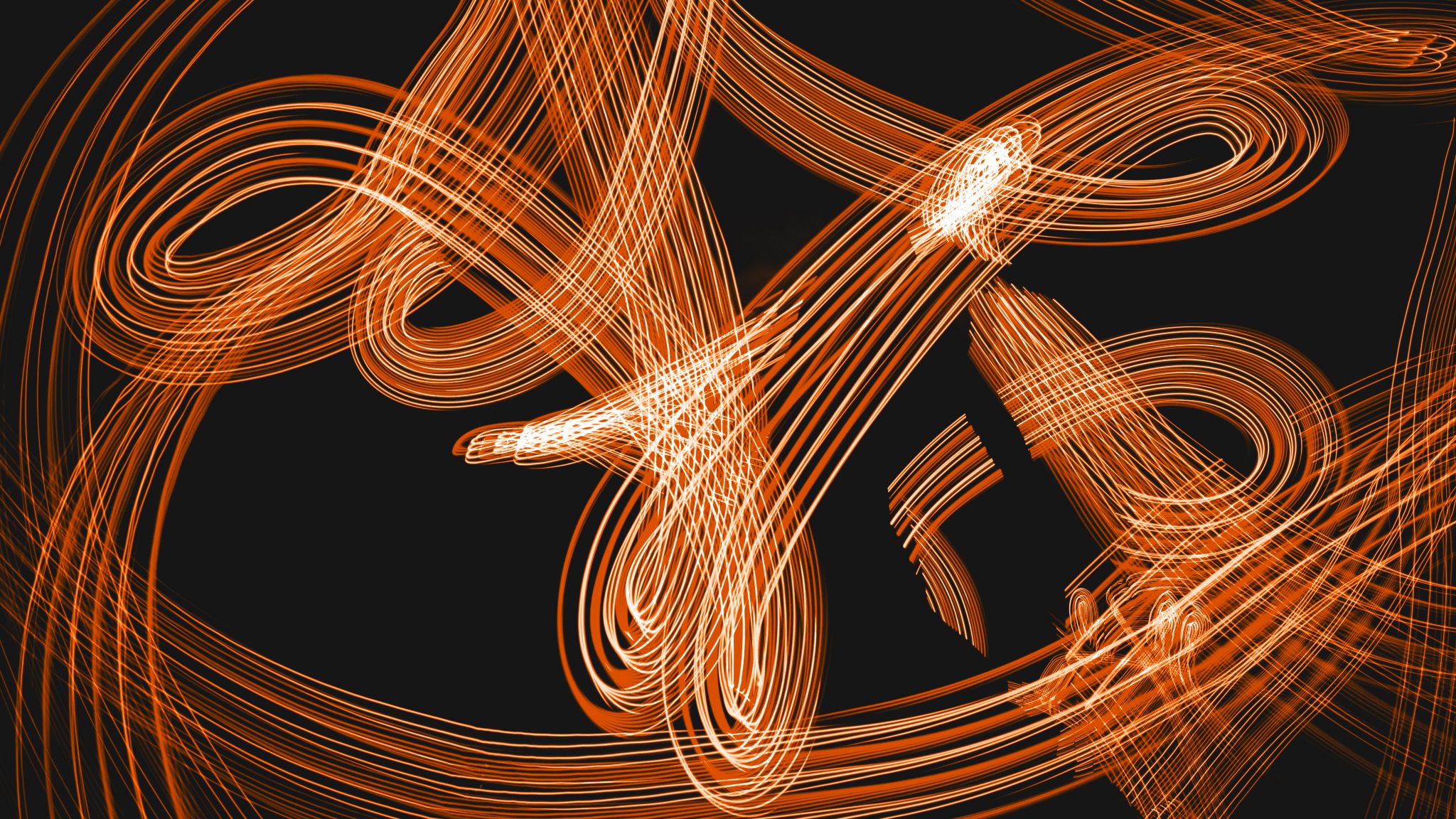 How do you market your brand during a global pandemic?

There’s no instruction manual for brand communications right now. No best practice. But with over a month in lockdown, we’re starting to see which communication strategies are really resonating with consumers and which are definitely not.

We’re still in the midst of this upheaval, but as we all pass the initial shock and adjustment phase, here are a few things that are starting to ring true.

Don’t jump on the bandwagon

Unprecedented times.
We’re here for you.
Apart, but still together.

We’ve seen a change in marketing communication tactics as of late. But has it been a successful one? The predominant telly formula consists of shots of empty streets, a piano accompaniment, and vertical videos. But the sincerity ship has set sail very quickly. Customers can’t possibly remember the brand anymore, because they’ve all merged into one.

Once McDonalds decided to split the famous arches for a creative social distancing message, a host of brands followed suit. Maybe they all had the same idea at the same time, but that’s not what customers will see. And after the 5th or 6th brand revealed a spaced-out logo, it became a gimmick, rather than a bold movement.

Such an approach may win you a few likes on Instagram but it won’t win you any genuine connections when you’ll need them later on. Copying what others are doing is rarely the right call, and less so during a global pandemic.

Grand statements are being outperformed by genuine actions, however small. It’s about being useful, not clever.

It’s about showing your customers who you are as a brand. Or who you want to be when normal programming resumes. A chance to give back and make genuine connections.

And even better if you’re not shouting about it – a good deed that customers stumble across is worth its weight in reputational gold. One that is used as an advertising and sales ploy is crass and opportunistic. Consumers are more sensitive than ever, so anything that comes off as self-promotive risks reputational damage to a much greater degree than it would in normal circumstances.

Coronavirus marketing has shown just how important it is to know who you’re talking to. A crisis is temporary. But staying in tune with your customers and instilling trust is long lasting.

Many brands have rightly hit the breaks on their planned advertising. But what they shouldn’t be doing is stepping back and waiting for things to blow over, even if you’re an airline or hotel.

We’re not suggesting you force your brand into the conversation where it isn’t needed.

First off, brands should be addressing customers’ primary concerns. And secondly, they should be honest, customers will appreciate it. If you’re a food brand, give recipe options or storage recommendations for better shelf life. If you’re a clothing brand, update customers on possible delays and new ways of working, just like Boden have done. 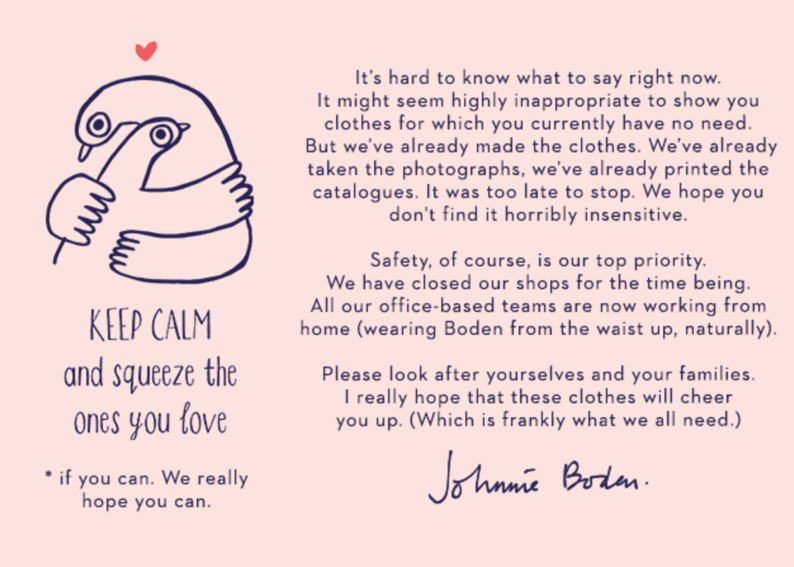 Don’t reach out to your customers and you’ll create a vacuum – one that could be filled by an alternative that is being proactive and helpful at a time when it’s really needed.

Something as simple as a social media presence goes a long way.

One of the reasons many brands are coming up short right now is that they have ditched their usual tone of voice. In a well-meaning attempt to avoid controversy and play it safe, they have lost their brand essence, and a few are starting to come off as tone deaf instead.

innocent, on the other hand, have got it spot on. You would think that their tongue in cheek approach would go against everything that is expected of brands at such a topsy-turvy time. But they have stuck to their guns and carved a strong communication strategy on social. They know where the people are right now, and they’re making the most of it with daily reminders of what day it is, positive spotlights on staff and customers and #workingfromhome challenges.

innocent are engaging on an individual level and creating light relief in a sea of uncertainty – just what customers are looking for.

No one knows what the next few months, or even years will bring and how the marketing environment will be shaped as a result.

But one thing that the numerous responses have really shown, is that brands and communities can come together for good in a big way – and hopefully that’s the main thing that continues as we come out the other end.

How have all the big brands reacted? We’ve put together an infographic of some of the moves so far, both good and bad. Could these become the examples for the future? Only time will tell.