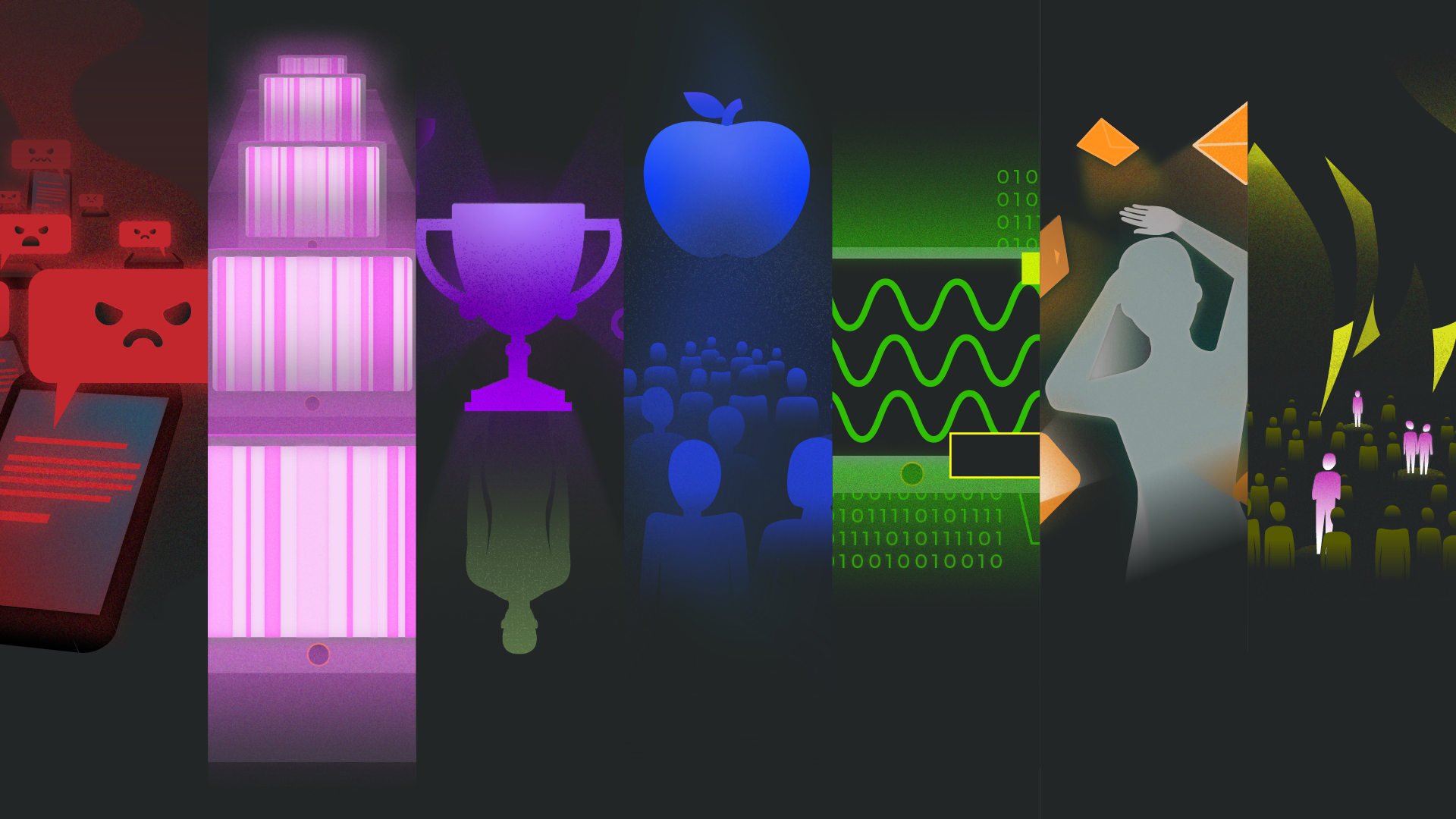 The seven deadly sins of marketing

Marketers have always used them to their advantage to lure customers in, manufacturing and developing psychological and emotional connections. They knowingly play on these human weaknesses, but when those same marketeers slip up and allow these dastardly ways to influence their own decisions, things can quickly deteriorate.

Marketing certainly links into the humans seven sins, but how deadly are they in practice? Join us down the dark path to explore their wicked ways. 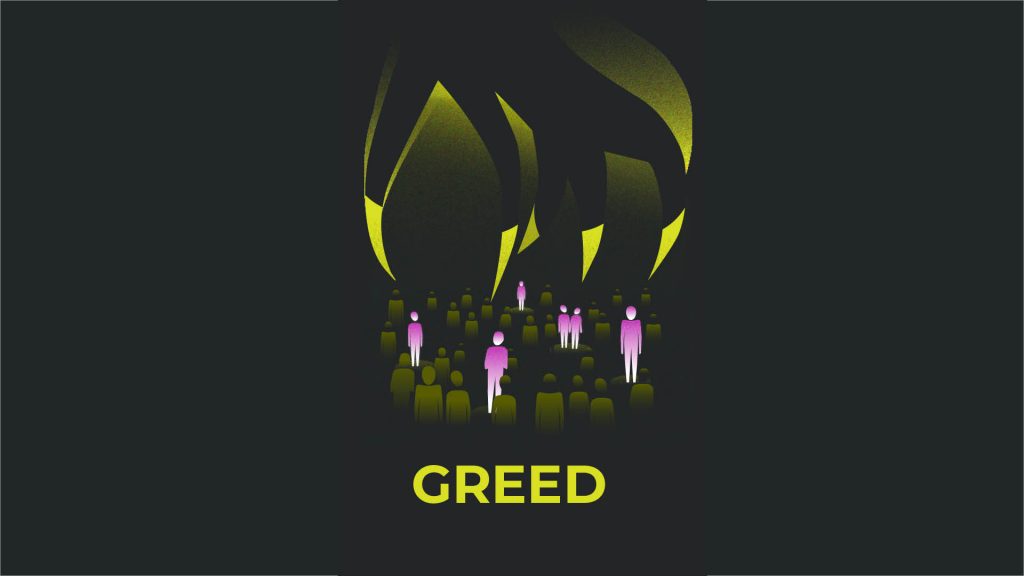 Let’s start with the pursuit of material wealth or gain. In this case, customers. But marketing isn’t just a numbers game anymore, those days are long gone.

Choosing profits over people may work short term, but longevity is dubious when your marketing strategy fails to consider the bigger picture. Brands succumb to greed when they are so focused on attracting new customers that they neglect their existing ones.

Just look at the energy and telecoms industries. New customers get the best deals, but quickly become old news. With lacking brand loyalty, it’s swiftly on to the next provider who’s offering a discount – and the cycle continues.

Audience segmentation is the antidote. Taking time to know your target consumer leads to better content, more meaningful engagements, more conversions and customers who are more inclined to stick around. 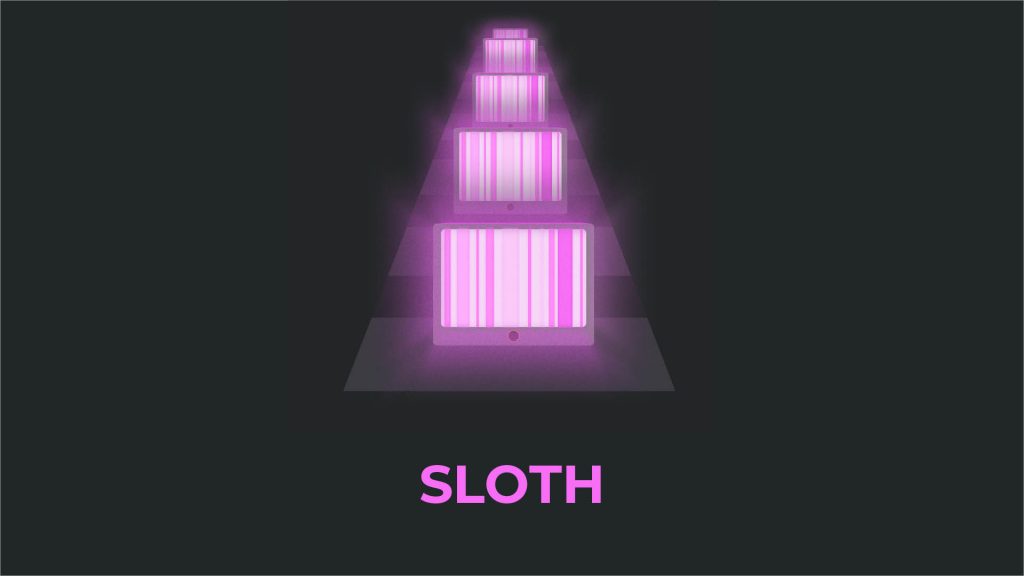 Sloth is more than being lazy. It’s being stagnant, missing opportunities and failing to do the things you should.

In a saturated market, the brand that stands out is the brand that takes risks, pushes boundaries and rejects the status quo. One that is too confident in their audience, pushes them away.

Even worse than a brand that doesn’t put in the time on concepts, is one that recycles them. No one likes a copycat. Why waste time and talent rehashing ideas? Or worse, rehashing other people’s ideas. A bit of originality goes a long way, it breaks through the monotonous and can craft a sense of ownership. Be proactive, not reactive. A reactive campaign is often rushed and ingenuine, and it shows. 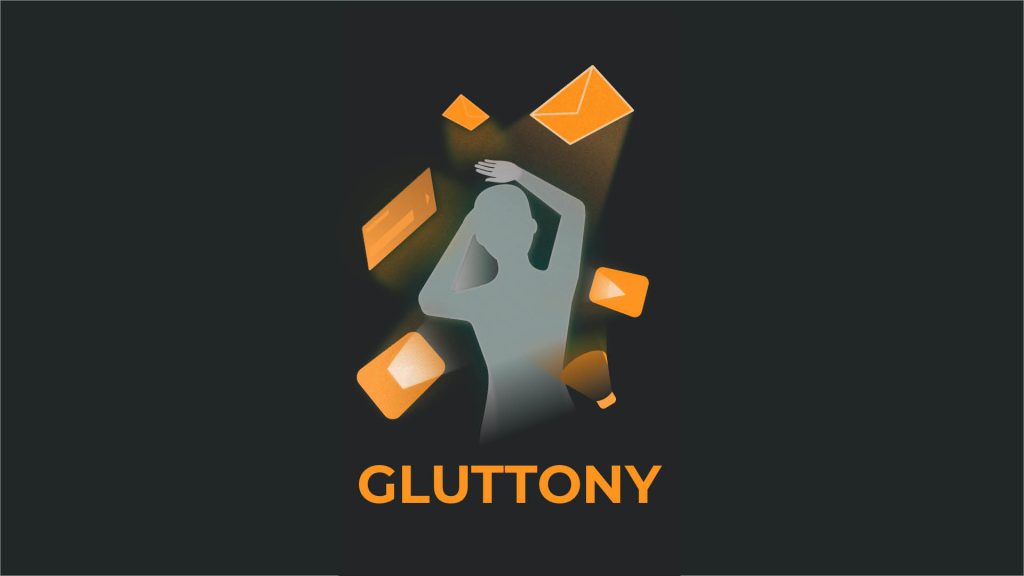 You can never have too much of a good thing, right?
Wrong. Even chocolate has its limits, and people love chocolate. What they don’t love so much are sales tactics, especially if they’re clingy. Email after email will only lead to an unsubscribe. Don’t be intrusive, don’t be overly familiar and don’t ask too much of your customers, especially if the relationship is only in its early stages.

You need to find the sweet spot, which could take a bit of trial and error. But that’s what metrics are for. Test them, pay attention to them and make informed amendments. Then you’ll know the best way to reach your customers and get a response, the little extra effort will pay off later down the line.

Also, don’t bite off more than you can chew. Diversifying to reach a wider target audience may seem like a good idea if the competition is stiff and you spot another sales opportunity, but not if your resources can’t cope. 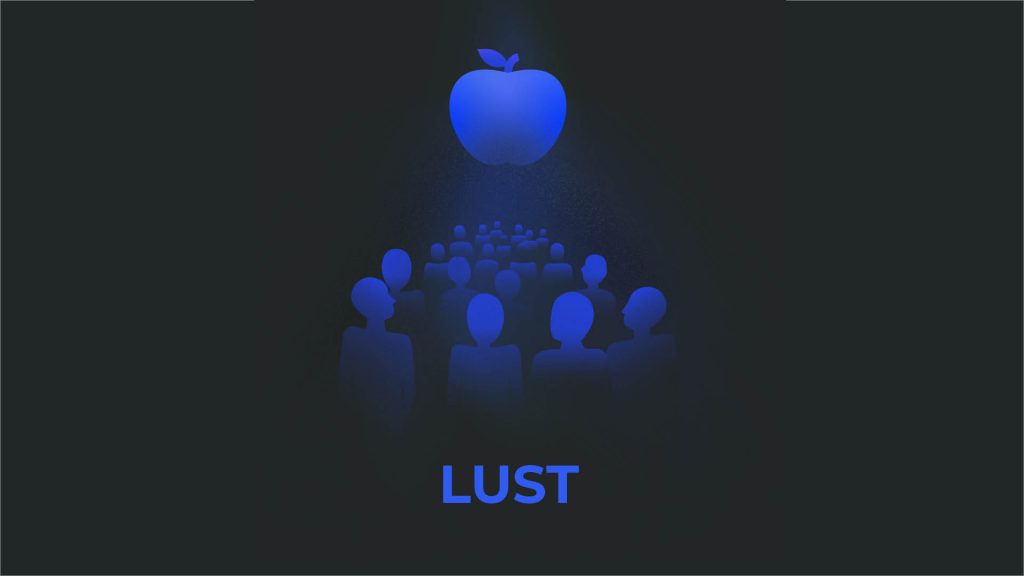 LUST – “Did someone say exclusive?”

Lust was a way of life in the ads of yester-years. It’s the easiest sin to sell, but it’s the 21st century now, and customers won’t stand for abject sexism or objectification.

There’s a reason this change came about, besides the moral implications, it only leads to short-term satisfaction. Nowadays, it’s better to play the long game, a seduction that doesn’t feel anything like one. And no one does it better than brands like Apple and BMW. They don’t lust after their customers, they don’t need to. The customer lusts over them. They create a strong following, in some cases, legions of fanatics – ones that will queue for hours, defend the brand and sell it on to others.
Through good branding and design, your product or service has the potential to become a desire. That’s the ultimate marketing strategy, that very few can pull off successfully. 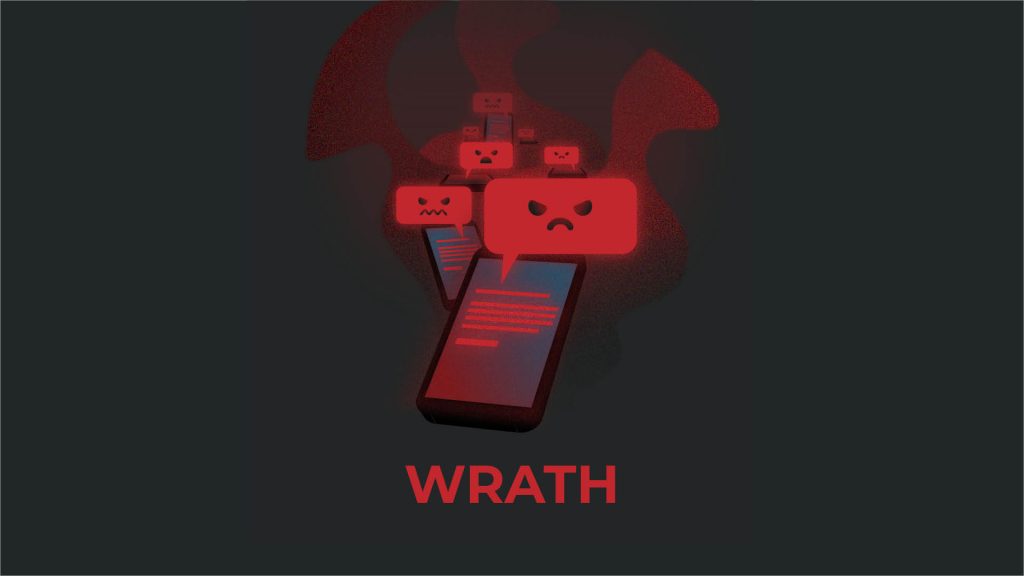 Wrath manifests itself in many ways, like impatience, revenge and resentment, all of which have the habit of coming back to bite you.

Playing dirty only gets you so far in life, and in business.

With the emergence of social media, wrath has made itself comfy online. Many a brand has taken a hit after a poor move on their social channels – replying unprofessionally to customers, not showing compassion or being straight up rude.
The way you respond will be judged and remembered, possibly more than the original qualm. The best thing to do? Think before you react, take a step back and cool down.
Choose humility and you’ll be able to help others online and elevate your brand in tandem.

And while we’re on social media, there is no such thing as a classy jab at a competitor, so you should never launch an attack without considering the consequences. If you let your emotions take over, it could wreak havoc for your brand image. 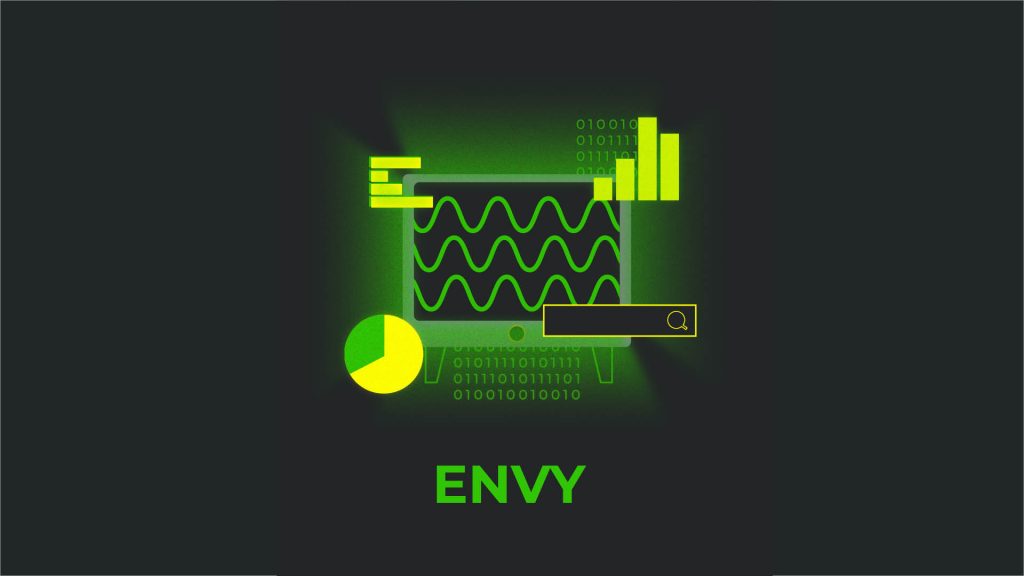 ENVY – “How come they’re getting all the attention?”

Speaking of competitors, marketing is an envious industry.

Focusing on what your competitors are doing can be helpful, a little bit of envy can drive better ideas and creativity. Let it take control of your thoughts, and it will take its toll on your productivity and effectiveness.

Looking at others is smart strategy, but not when you should be looking in the mirror.

Instead of comparing your brand to competitors, let your product and service do the talking. If it’s good enough, it will speak for itself. You should always put envy and comparisons aside to think about your brand’s unique story and point of view, create tailored content to accompany it and embrace your differences. 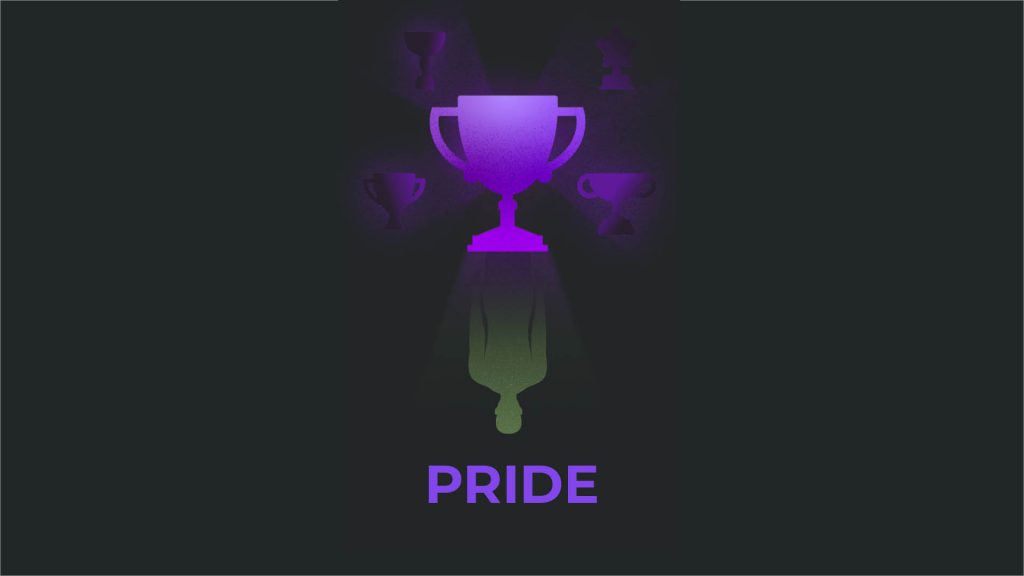 Pride is the root of all the other deadly sins. It’s also the one that’s most prolific in marketing.
This sin can rear its ugly head as early as the ideation stage. Remember, you are not the one buying your service or product. Potential customers are. What you may want to create or what is likely to win the creative industry awards may not be the execution that evokes the right customer response.
It’s important to choose a campaign that’s clear enough to get the returns on investment or evoke action rather than one that’s creative enough to get a pat on the back.
As they say, pride comes before a fall. Listen to your customers and their criticism (even if it’s hard to swallow) and question your firmly held beliefs. Sometimes you don’t know best. It’s better to ask for help and be open to input than to throw your idea out there blind.

And don’t forget, the fall from a high horse is a painful one.

We all possess the 7 sins, it’s human nature and there’s no escaping them. They’ve been immortalised in classic art, modern pop culture, and now marketing.

Give them the chance to embed themselves in your marketing strategy, and they can cause real problems. In Dante’s Inferno, punishments included never-ending icy rain and being chased by dogs. In marketing, the punishment is losing customers. Still, something you’d rather avoid.